POTATOPHONY AS CACOPHONY OF THE WORLD - starting on 11th of August at 16.30 hrs

OPENING ON 11TH of AUGUST

POTATOPHONY AS CACOPHONY OF THYE WORLD

Zoë D. Cochia – artist and founder of Niffo Gallery/ Recycle Studio based in Rotterdam - had invited this summer the Hungarian artist Eszter Ágnes Szabó to co-create a visionary, spontaneous project. The roots of this adventure have a deep foundation: the holistic, social nature of Niffo Gallery, the past events which took place here regarding the importance of the potato as an universal representative for the human spieces, but also the multidisciplinary background of Eszter Ágnes Szabó and her social involvement in the art scene.

We used scraps of fabrics that we got over the years from fashion designer Michael van der Meide, second-hand t-shirts - some already painted by the youngsters/ kids of Niffo, some coming from the second-hand shop across the street -, but also a big amount of material created by the ’niffo’s’ at the gallery (niffo means in slang nephew).

During this periode we worked as well on potatoes on mosaic - together with Michiel Brink - in preparations for a potato wall nearby.

After two intensive weeks we agreed on a name for this project: ’Potatophony as cacophony of the world’.....because.....

Our collection is about the exchange of values. Louise Vuitton, which stands for social prestige, is replaced by potatoes, which represent life                      and concern for the future.

The visitors will experience a journey of discovery through a wide variety of stories. Because potatoes are associated/ related to humans in all aspects of the culture, revealing an origin story in the past, but also divulging the truth of the present and anticipating the future. All these stories behind clothes are a treasure when we talk about heritage and identity. 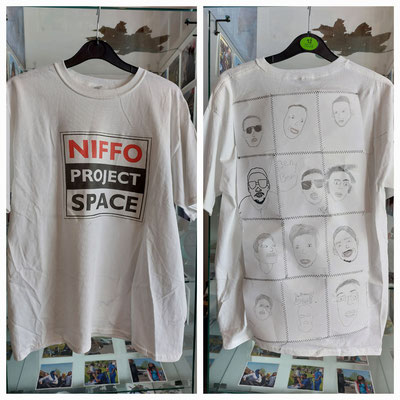 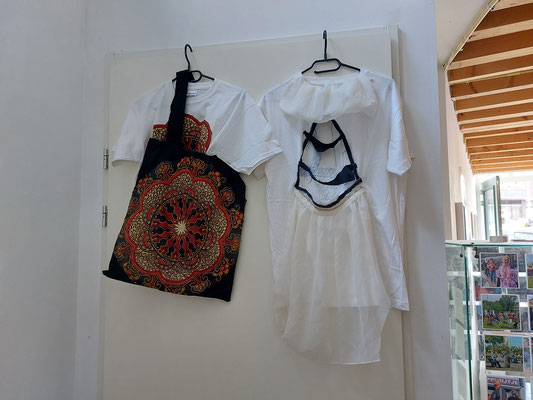 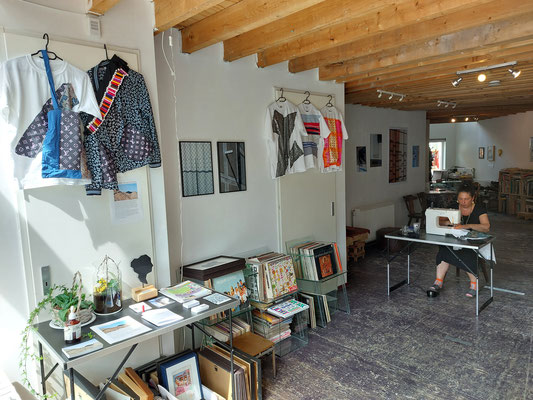 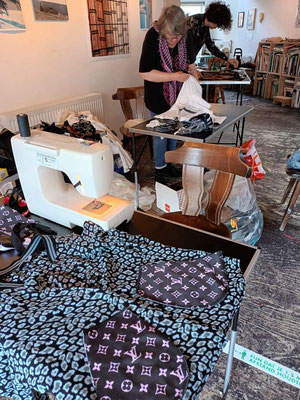 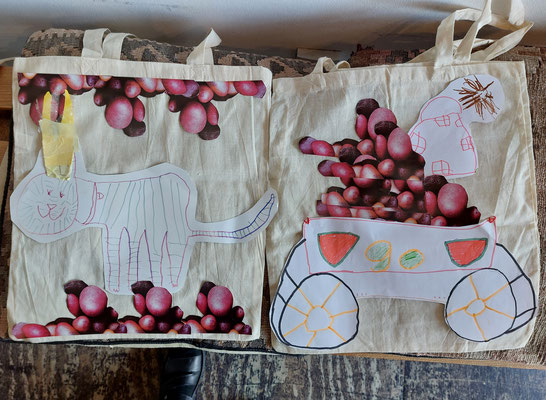 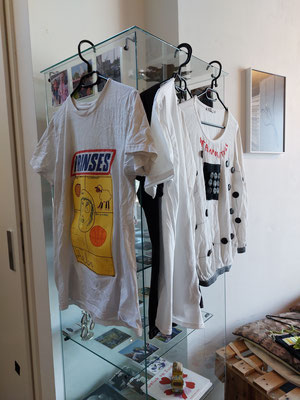 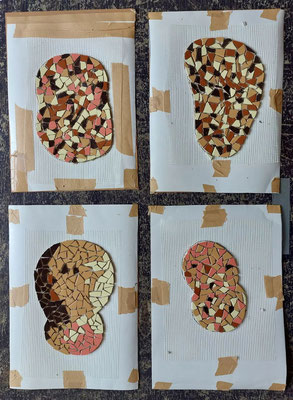 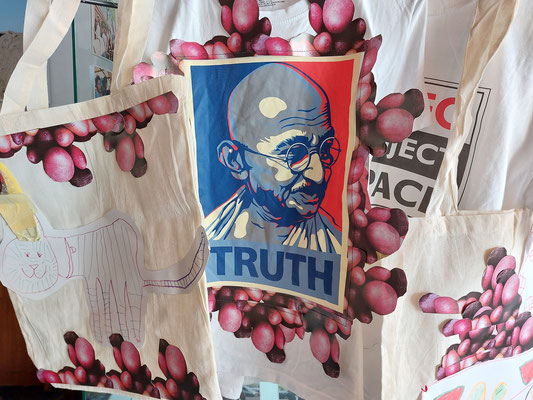 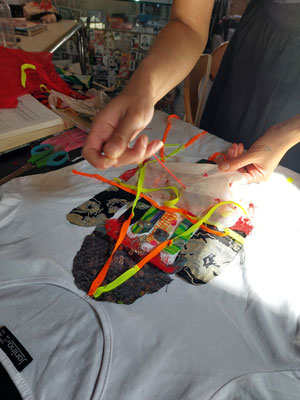